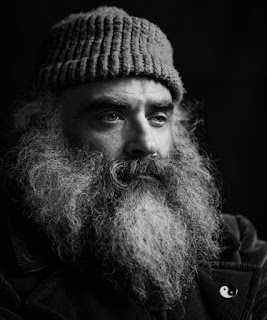 here comes my favorite recording by daniel higgs, the 1998er "cone of light". this should be huge - it may become a bit more known through this post here, i hope. it's certainly not comparable to his recent banjo/shruti-type of thing nor is it any where near to what was lungfish all about. it still is higgs at every very moment. enjoy.

IGNATZ - can i go home now? 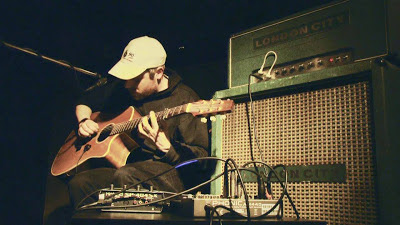 (label-info) "In 1910, the illustrator George Herriman created the Krazy Kat comic strip. Ignatz, a vicious mouse, was Krazy Kat’s arch enemy, and his favourite pastime was to throw bricks at Krazy Kat’s head (who misinterpreted the mouse’s actions as declarations of love). Landen, Belgium based artist Bram Devens uses Ignatz as his alter-ego, and comes armed with his own pile of bricks; sparse, emotive songs born of the human condition, wrapped in effects, corroded by tape, driven forth by improvisation and spontaneity.
Whilst ‘Can I Go Home Now?’ is Ignatz’s first Fonal release, it is in fact his fifth full-length album proper (his seventh if you count the Kraak 2011 Cassette Compilation and 2010’s ‘Mort aux Vaches’ live LP on Staalplaat). Recorded in Schaarbeek, Brussels, Belgium between 2011 and 2012 on four-track and computer, the album sees Devens shift his focus toward more exclusively song-based compositions, cut largely from unabridged electric and acoustic guitar.
Ignatz’s songs stem from a familiar stripped folk framework, with Devens’ delivery recalling the louche primitivism of V.U. or Henry Flynt - but these songs sound inverted, cast adrift, their cool touch belying a stymied heat beneath the surface. Where Devens’ fretwork is adorned, it is executed with a refined coarseness. Autonomous loops entwine each other. Songs brush past percussion, bass notes, or a scant keyboard motif. A voice recedes from the heart of the song into a dislocated, cracked drawl. And yet if Ignatz does occasionally recall the ghost of Jandek, there are moments of warmth and beauty, as sunlight glistens on the ice.
Almost diaristic in tone, Devens’ personal experiences echo throughout the albums artwork and the title itself, as well as the music. “The artwork is a drawing of a dog, a boxer called Gibbe. It is a drawing by myself from 1994 made in Budapest, Hungary, just after Gibbe died at the age of 13 from meningitis. A family holiday went bad. Because we did not want to leave him in Hungary we decided to wrap him in plastic and tie him on the roof of the car and drive back to Belgium (which took us 2 days and the body started to smell). This was the last holiday I spent with my parents, and this moment defined the end of my childhood, more then any other”. 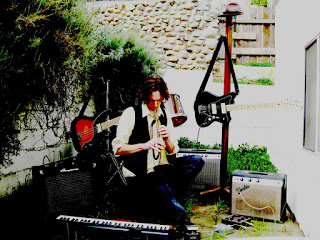 (label-info) "It is a supreme honor to have commissioned the latest work from the great American multi-instrumentalist Steven R. Smith; and this album is beyond what we could have imagined to receive in response. Many know Smith from his picture perfect albums of inspired Eastern European folk music under the name Hala Strana and his tours of duty with the legendary naturopathic post-industrial ensemble known as Thuja. More recently, aside from recordings under his birth name, Smith has graced listeners with the far-reaching circular psych maneuvers of the Ulaan series of works, which has thus far birthed Ulaan Khol, Ulaan Markhor, and this newest incarnation--Ulaan Passerine.
This, our first ever double cassette release, features four side-long steady desert marches wrapped in epic swathes of mellotron and twisting sine waves. Between the royal gestures of his guitar and keyboard driven passages, snake precious minimalist prayer bell loops, electric piano mantras and pastoral drones. From the faintest trace of ether, Smith can pull a stunning atmosphere that surrounds and plunges us into a massive inner world of stoic trance and life-affirming harmony. A master at all manner of string instrument, Smith coaxes his triumphant songs with a slow hand reminiscent of a Dylan Carlson or Jozef van Wissem, if either of them were caught ruminating with a 6-string acoustic guitar, lost in the deep wild West."